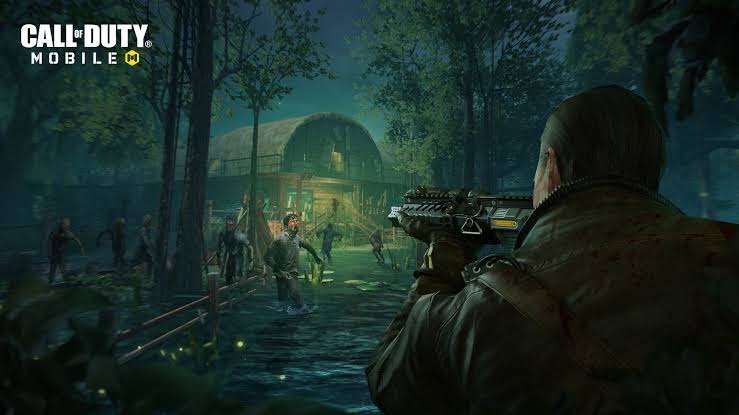 Developers of the game Activision recently this week revealed about the Call of Duty Mobile Zombies mode which is finally returning later this year. The official community update have revealed that the original zombies map, Shi No Numa, will soon be available in the Chinese version of the game. Developers, Activision are having an eye on other global servers and have promised that they are planning on releasing the game mode sometime this year. Zombies mode was one of the most popular game modes since it’s release in November 2019.

On March 25, 2020 this game mode was removed from the game as it wasn’t up to its expectations.

Call of Duty Mobile officially posted an update about the release of zombies mode in China along with the iconic Shi No Numa map.

The developers of the game have stated some words on their community update as below- “Our original ZOMBIES map, Shi No Numa, will soon be available in the Chinese version of Call of Duty: Mobile. For the rest of the world, we haven’t forgotten about you! Hang tight a bit longer Call of Duty: Mobile players — we are planning to release a new ZOMBIES experience later in the year.”

As their is no exact release date about the global and China release of the COD Mobile Zombies mode, so we can’t predict the exact month but it seems to be make its return in this year.

What Really is Zombies Mode:-

Let’s go back in 2018 in Call of Duty: World at War as this game mode was just as a simple wave based game mode as it grew into popularity and has since become a global phenomenon for COD enthusiasts. Again in November 2019, the Zombies game mode was added in Call of Duty Mobile and it also received positive reviews from number of users until it was removed on March 25, 2021.

In the Zombies Mode, players will have to fend off waves of undead zombies and survive until the end of all the waves. Players can scavenge for useful loots all over the map that can help them survive each wave. It may sound pretty simple but during the final wave, a boss monster will emerge on the map which makes the last wave very hard to beat.

Call of Duty Mobile fans have been asking for developers Activision to bring back Zombies Mode. It would seem their prayers have been answered and we’ll get to experience the new and improved game mode sometime this year so let’s wait some time we are gonna experience something good with one and only COD Mobile Zombies Mode.

Till then stay tuned with us for more details regarding Call of Duty Mobile and keep visiting us for more information and updates on Esports & more. Also comment below that- Are you excited for COD Mobile’s Zombies Mode? & How much excited are you?, just mark your thought by commenting below, Also tell us what new changes/ updates do you want to see in the upcoming Zombies Mode, good bye.